New research argues that Alzheimer's disease should rank as third most common cause of death in the U.S.

Alzheimer's disease may contribute to almost as many deaths in the U.S. as heart disease or cancer, says a recent study published in Neurology. 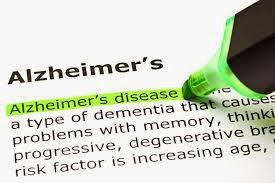 Alzheimer's is listed as the nation's sixth leading cause of death, far behind the leading causes of death, heart disease and cancer, according to the federal Centers for Disease Control and Prevention. But the study says it should rank third.

Because death certificates provide the information used for these statistics, the overall picture of what causes death is often not told, especially in the elderly. This creates a system of under-reporting the complete reason for the death, lead author of the study Bryan D. James of Rush University Medical Center in Chicago said in Newswise, a research-reporting service.

“The estimates generated by our analysis suggest that deaths from Alzheimer’s disease far exceed the numbers reported by the CDC and those listed on death certificates,”James said.

The study supports contentions of the Alzheimer's Association, which estimates that the disease causes about a third of the deaths in Kentucky. In 2010, 8 percent of Kentuckians age 65 and older, or 80,000, had Alzheimer's, with a projected number of 97,000 in 2025.

The study did annual testing for dementia on 2,566 people ages 65 and older. It found that 559 participants without dementia at the start of the study developed Alzheimer’s. Within eight years of the study, 1,090 participants died. Those diagnosed with Alzheimer's between ages 75 to 84 had a death rate more than four times higher after the diagnosis and people 85 and older nearly three times higher than the whole.

Researchers concluded that More than one-third of all deaths in those 75 and older were caused by Alzheimer's, and that an estimated 503,400 Americans over age 75 in 2010 died from it. That's five to six times higher than the 83,494 number reported by the CDC. That would move the disease from the sixth leading cause of death and to the third; chronic lung disease, stroke and accidents now rank third, fourth and fifth.
Posted by Melissa Patrick at 5:55 PM