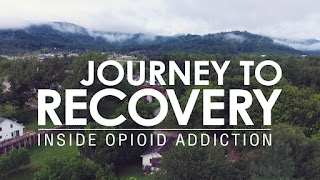 Kentucky Educational Television is airing "Journey to Recovery," a documentary that looks at Kentucky's opioid epidemic and explores the state's available treatment options through personal stories of recovery.

Opioids, including heroin and many prescription painkillers, killed more than 33,000 people in the United states in 2015, according to the Centers for Disease Control and Prevention. In Kentucky, 1,248 died from drug overdose in 2015, up from 1,071 in 2014, according to a report from the Kentucky Office of Drug Control Policy.

The documentary examines both abstinence-only programs as well as medication-assisted treatment programs. In addition to interviews with recovered addicts, the program also has interviews with several of the nation’s top addiction experts, including Dr. Nora Volkow, director of the National Institute on Drug Abuse and Dr. Robert DuPont, a former NIDA director and founding director of the Institute for Behavior and Health.