Feds will nearly double funding for research on addiction and opioid abuse; detailed at Rx Drug Abuse and Heroin Summit 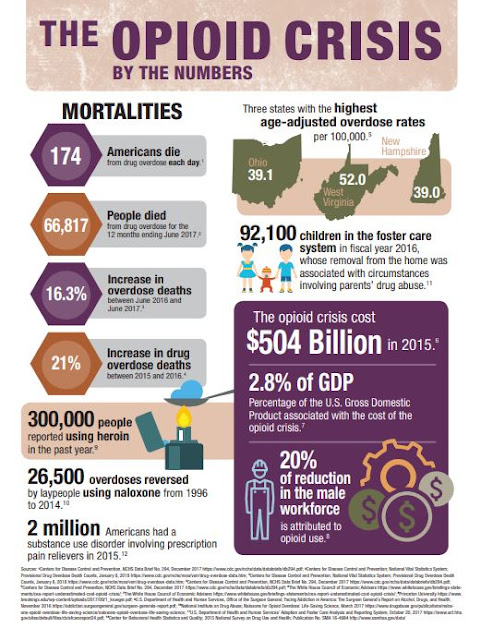 The National Institutes of Health said at the National Rx Drug Abuse and Heroin Summit April 4 that it will increase funding for research on addiction and opioid abuse to $1.1 billion this year.

The money will be used to focus on best methods treatment and prevention, and the search for non-addictive therapies for pain. "The aim is to stem a crisis that devastates millions of families and kills 115 Americans every day," Ungar writes.

NIH Director Dr. Francis Collins made the announcement at the seventh annual summit that hosted more than 3,000 experts in addiction, medicine and law enforcement April 2-5 in Atlanta.

“We all gather here not to think about how hard it is (to tackle the epidemic), but what we can do,” Collins told the crowd. “All of us hope to see this opioid crisis come to an end. But we’re all about action.”

Collins said his agencies are working on initiatives to determine which patients are more likely to develop chronic pain after surgery and are looking at genetic and social factors that put patients at risk of opioid addiction.

In addition, they are looking at non-drug therapies for pain management, pursuing public-private partnerships to develop new non-addictive pain medicines, looking at options for medication assisted therapies for addiction and evaluating treatments for infants born dependent on drugs.

“We also need to know what happens to these children” as they grow up, Collins said.

On April 5, Surgeon General Dr. Jerome Adams issued an advisory urging more Americans to carry the opioid overdose-reversing drug, naloxone, sold under the brand name Narcan. This was the first surgeon-general advisory in 13 years; the last one focusing on alcohol use during pregnancy, Ungar Ungar reports for USA Today.

"Surgeon-general advisories are issued when there is a major health problem and a need for a call to action," Adams told Ungar. "One of the things we're trying to do is help the public understand that we're losing a person every 12.5 minutes from an opioid overdose, and . . . over half of these overdoses are occurring at home.

"So we have firefighters, we have EMTs, we have police officers carrying naloxone, but we can save so many more lives if we can empower the citizens, the loved ones, the family members to carry naloxone."

In Kentucky, specially trained pharmacists can dispense naloxone without a prescription. It’s also available through the Kentucky Harm Reduction Coalition. More than 1,400 Kentuckians died from drug overdoses in 2016.

Adams and other health officials rejected criticism that naloxone enables addicts, Ungar reports. They compared it to cardiopulmonary resuscitation (CPR) for the heart and lungs, or the EpiPen, a device for injecting epinephrine to reverse symptoms of allergic reactions.

"We don't give you one shot at a lifesaving intervention and then just leave you," Adams said.
"We treat you as if you have a problem that is going to take a long time to definitively fix. Addiction's a chronic disease. It's not a moral failing and there's not going to be a magic fix. It's important that we use naloxone as a bridge to definitive treatment and long-term recovery."

On the summit's first day, U.S. Rep. Harold "Hal" Rogers of Eastern Kentucky's Fifth District received the summit's inaugural Beacon of Hope Award for his efforts to fight drug abuse in the district. The award will be named after Rogers moving forward, Tom Valentino reports for Addiction Professional.

The summit began in 2012 under the leadership of Operation UNITE, which Rogers founded in 2003 to "rid communities of illegal drug use through a comprehensive approach that includes educating youth and the public, coordinating substance-abuse treatment and providing support for families and friends of substance abusers," says the Summit's website. UNITE, which stands for Unlawful Narcotics Investigations, Treatment and Education, Inc., serves 32 counties ion Eastern and Southern Kentucky.
Posted by Melissa Patrick at 9:23 PM