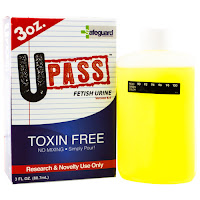 Following inquiries by the local newspaper and police chief, an Owenton convenience store has stopped selling "controversial items such as U-Pass, a brand of synthetic urine that can allegedly be used to pass a drug test," reports Molly Haines of the Owenton News-Herald.

The Owenton Marathon Station, also known as Cowboys, "began selling items like U-Pass and synthetic cannabinoids, an alternative to marijuana, earlier this year," Haines reports. "When local residents began noticing the items, they took to Facebook to express their concerns, with one post garnering nearly 170 comments and more than 100 shares on the social media website."


Police Chief Terry Gentry raised the issue with the City Council on April 17, and three days later the News-Herald interviewed store owner Dash Patel, who "said he was unaware of any discussion of the products on social media," Haines reports. "Additionally, Patel said concerned customers or Gentry had not approached him."

But the next day, "Gentry visited the store and Patel assured him the items would be removed from the business," Haines reports.

Gentry told Haines the items are “perfectly legal,” but she notes that "the health effects of using synthetic cannabinoids can be unpredictable and harmful — even life-threatening — according to the Centers for Disease Control and Prevention."

Patel told the coalition in an email May 1, “At the time when we brought these products in our inventory (by customer demand), we were not aware of how these products would affect the community. One of our goals has always been helping our community grow.”
Posted by Al Cross at 12:23 PM