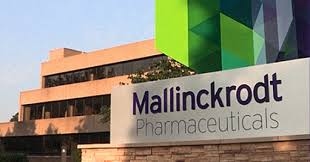 The lawsuit in Madison Circuit Court alleges that the company claimed the drugs "could be taken in higher doses without disclosing the greater risks of potential addiction," a Beshear press release said. "Beshear said this action allowed the company to grow its market in Kentucky while contributing to the state’s drug epidemic."

The case is the seventh opioid-related lawsuit Beshear has filed, the release noted, adding that Franklin Circuit Judge Thomas Wingate recently refused to dismiss Beshear’s 2016 lawsuit against Endo Pharmaceuticals regarding its drug Opana ER. The suit alleges that Endo, which sought the dismissal, violated state law and directly contributed to opioid-related deaths and overdoses in Kentucky.

The Mallinckrodt suit alleges that the company had “front groups” promote opioid use and resist efforts to restrict opioid prescribing and failed to report suspicious shipments of opioid supplies into Kentucky. “While an agreement with the DEA currently prevents us from releasing a total number of doses sent to Kentucky,” Beshear said in the release, “I can tell you that number is egregious and large enough to potentially cause addiction in every man, woman and child in this state.”

The release said that in 2017, Mallinckrodt agreed to pay the federal government $35 million for violating federal reporting laws and entered into an accountability agreement with the DEA. Beshear’s lawsuit claims Mallinckrodt willfully violated Kentucky law by failing to report suspicious orders.
Posted by Al Cross at 12:52 AM