Boys' suicides increased after release of show '13 Reasons Why;' third season coming; psychiatrist warns all families are at risk

The rate of suicide among 10- to 17-year-olds in the U.S. increased 29% in the months after the Netflix show "13 Reasons Why" was first telecast in March 2017, according to a federal study.

"13 Reasons Why" is based on a book by the same title that depicts the aftermath of a fictional teenage girl's suicide, including 13 audio messages that she left behind for specific people that she blames for her death. The third season is expected to be released this year.

"The results of this study should raise awareness that young people are particularly vulnerable to the media," study author Lisa Horowitz said in the release. "All disciplines, including media, need to take good care to be constructive and thoughtful about topics that intersect with public health crisis."

The researchers used data from the U.S. Centers for Disease Control and Prevention to measure monthly and annual rates of suicide from 2013 through 2017, and then divided that data into three age groups.

The study, published in the Journal of the American Academy of Child and Adolescent Psychiatry,
found that the number of deaths by suicide recorded in April 2017 was greater than the number seen in any single month during the five-year period examined by researchers, mostly among boys.

Overall, the researchers estimated that 195 more suicides occurred in this age group than would have been expected between April and December 2017.

They also found more suicides among teens in March 2017, which they say could have been related to the show's heavy promotion during that month, which included trailers with segments of it.

The researchers warn that their study only shows a correlation between the increases in suicides and the Netflix show and does not prove that the release of the show caused more suicides.

Another recently released study found that students who watched the full second season of the show were less likely to report self-harm or having suicidal ideas than students who didn't watch the show at all; and students who did not watch the whole second season had a greater suicide risk and less optimism about the future than those who watched it to the end. The authors of this study concluded that shows about suicide can have both harmful and helpful effects.

Concern about "suicide contagion" was so great after the show launched in March 2017 that many Kentucky schools sent resource letters home with guidance on how to talk to teens about suicide, with a warning that "vulnerable youth" should not watch the series. 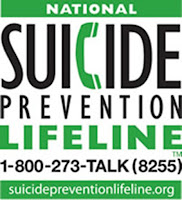 Suicide is the second leading cause of death for youth and young adults in Kentucky.

Dr. Mark Goulston, a psychiatrist who specializes in suicide prevention, recently wrote an article for KyForward about teen suicide and how "suicide can affect any family at any time." He includes a link to his 75 minute YouTube video/podcast called "Stay Alive" as well as a list of insights for parents to consider. They include:
The Kentucky Department of Education offers a page of resources about suicide programs, training and materials that was compiled by the state's behavioral health department, including: Suicide prevention and training resources for Educators; Training for Educators, Staff and Communities; Programs for Middle and High School Students Resources for Schools; Resources for Teens ; Youth Mental Health First Aid.

Kentucky requires all high school and middle school principals, guidance counselors and teachers to fulfill one hour of high-quality professional development training every other year to review suicide prevention. The state also requires students in middle and high schools to receive some type of suicide prevention awareness information at the beginning of each school year.

The education department can provide free "youth mental health first aid" training to school and community groups. This evidence-based, six-hour certification course teaches adults how to identify, understand and respond to the signs of mental illness and substance use disorders and how to connect youth in crisis to the appropriate care.
Posted by Melissa Patrick at 3:59 PM