Pat Boone commercial about Medicare has many inaccuracies 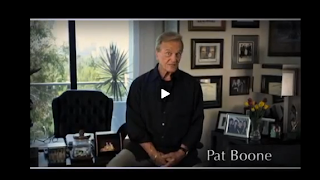 A television commerical misleads seniors into believing the federal health-care reform law will ration and deny care and contains other inaccuracies, according to FactCheck.org, a non-partisan, non-profit service based at the University of Pennsylvania.

The ad features singer Pat Boone and is being aired repeatedly in Ohio (and presumably in Northern Kentucky) by the conservative 60 Plus Association. It claims the Patient Protection and Affordable Care Act will create the Independent Payment Advisory Board, made up of elected bureaucrats who "can ration care and deny certain Medicare treatments so Washington can fund more wasteful spending."Boone says,"Unaccountable bureaucrats should never have the power to deny you the care you deserve."
The board is neither made up of bureaucrats, nor can it ration care. "The IPAB is tasked with finding ways to reduce the growth in Medicare spending," FactCheck reports. "Its 15 voting members won't be bureaucrats, according to the health care law (see page 502); they will be doctors and medical professionals, economists and health care management experts."
The law also says proposals from the IPAB "shall not include any recommendation to ration health care, raise reveneues or Medicare beneficiary premiums ... increase Medicare beneficiary cost-sharing (including deductibles, coinsurance and copayments), or otherwise restrict benefits or modify eligibility criteria."
The ad says the law will cut $500 billion from Medicare, but fails to mention that cut is in the future growth of Medicare over 10 years and will come from the supplemental Medicare plans seniors can buy.  Moreover, though Boone suggests seniors should object to the $500 billion in cuts, they are meant to extend the funding of Medicare Part A by 12 years.

The ad also states Medicare will be bankrupt in nine years. "The truth is that Medicare Part A — the hospital insurance trust fund, one of four parts of Medicare — is expected to be insolvent by 2020, according to the projections from the Congressional Budget Office, or perhaps 2024, according to the Social Security and Medicare Boards of Trustees," FactCheck reports. "Shortfalls have been projected for Part A 'almost from inception,' says a Congressional Research Service report," but Congress has always found a way to extend the program. (Read more)
Posted by Tara Kaprowy at 6:36 PM