Expanding Medicaid will save the state money by eliminating much expense on the uninsured, think tank and op-ed writer argue 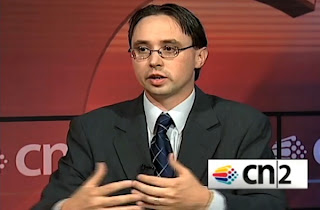 If Kentucky chooses to expand Medicaid eligibility up to 133 percent of the federal poverty level, the state will gain in key areas, argues Jason Bailey, director of the Kentucky Center for Economic Policy, right, in an op-ed piece in the Lexington Herald-Leader.

Citing numbers from the Urban Institute, Bailey said the law will provide more than 400,000 Kentuckians with health insurance whether through the expansion of Medicaid or through the state insurance exchange, a number he told Kentucky Health News is a "conservative estimate."

But the kicker is the move will also "result in deep savings in money now spent on the uninsured," he writes. Bailey again quotes from the Urban Institute report, which indicates the state will save between $140 million and $828 million in the first six years of the law in large part because of the decreased use of emergency rooms and because Medicaid will pick up most of the tab for mental health services, which states and local governments mostly shoulder alone.

The Center on Budget and Policy Priorities, though, estimates that states' Medicaid spending will rise by 2.2 percent by 2022 if they decide to expand Medicaid. But that number "actually overstates the net impact on state budgets because it does not reflect the savings that state and local governments will realize in health-care costs for the uninsured," CBPP spokesperson Shannon Spillane told Suzy Khimm for The Washington Post. "In fact, states could end up with a net gain." (Read more)
Posted by Tara Kaprowy at 3:25 PM