Less than 60% of Kentuckians say they visited a dentist in the past year, ranking the state 43rd in the nation 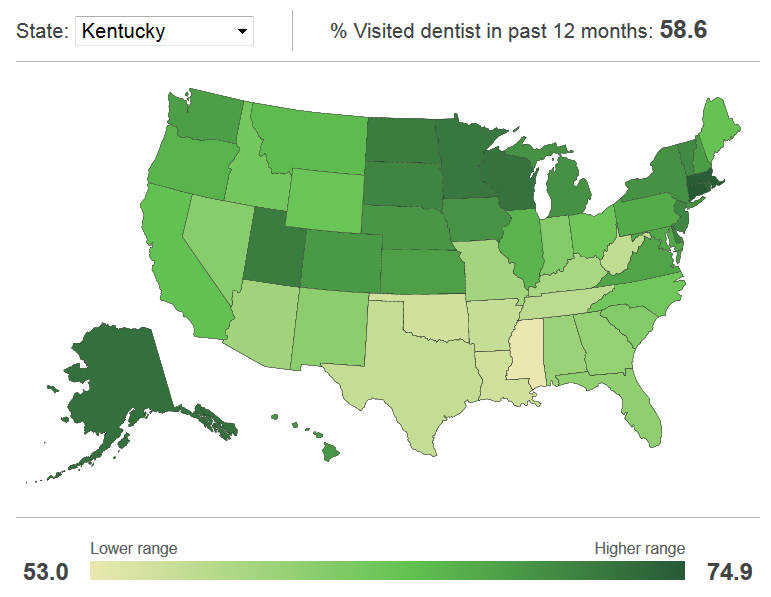 Kentucky ranked 43rd among the 50 states in percentage of people who told pollsters that they had visited a dentist in the past 12 months. The rankings in the annual Gallup-Healthways Well-Being Index appeared to be driven largely by income and insurance.

"Residents of the 10 states with the highest dental-visit rates are somewhat more likely to say they have enough money to pay for healthcare than residents in the 10 states with the lowest dental visit rates, 84.8 percent vs. 77.6 percent," Lindsey Sharpe of Gallup reported. "Further, the bottom 10 states for dental visits have a significantly higher average uninsured rate, at 20.5 percent, than the top 10 states for dental visits (12.6 percent). Previous Gallup research shows that the likelihood of visiting the dentist annually increases with income."