The 2015 County Health Rankings for Kentucky, compiled by the University of Wisconsin Population Health Institute in collaboration with the Robert Wood Johnson Foundation, have been released. For the fourth year in a row, Oldham County ranked highest in Kentucky for health outcomes. Statistical differences among closely ranked counties are very small, so rankings are arranged in quartiles (quarters) in the maps below. 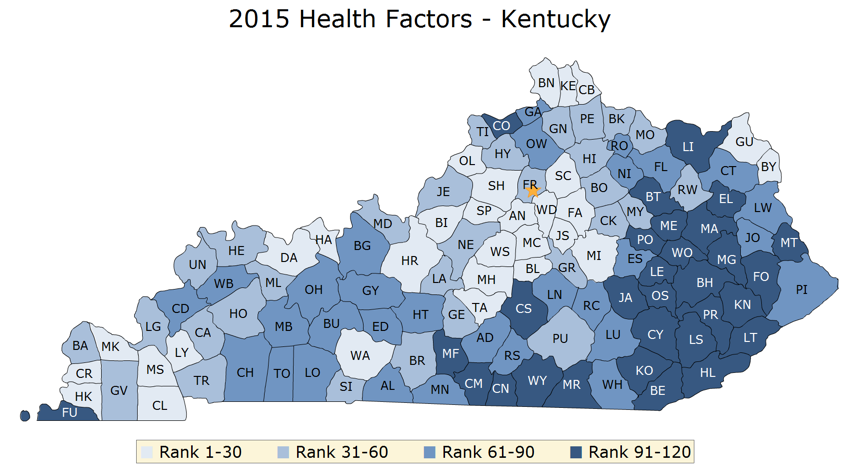 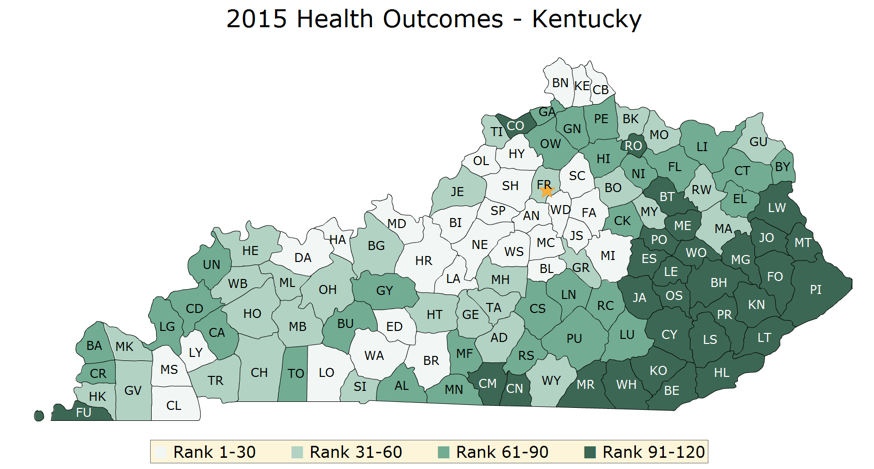 Some counties, such as Morgan and Wayne, overcame their poor health factors to have better-than-average outcomes. To see the full, specific list of county rankings, click here.
Posted by Melissa Landon at 5:25 PM