The share of Kentuckians who have no health coverage has dropped to 9 percent, according to the latest data from The Gallup Organization. That makes Kentucky second, following Arkansas, among the states in the percentage of formerly uninsured who now have insurance, either with private insurance or the federal-state Medicaid program. 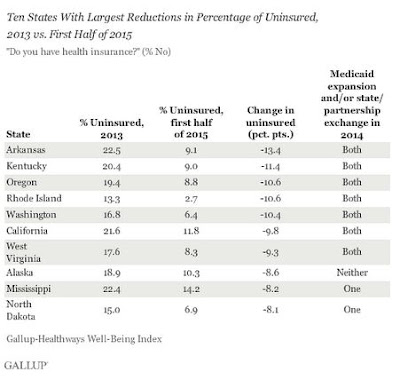 Kentucky did both, creating its own state-based exchange, Kynect, and expanding Medicaid to those making up to 138 percent of the federal poverty rate. More than 521,000 people obtained health insurance coverage through Kynect in 2014, either through a private plan or Medicaid. 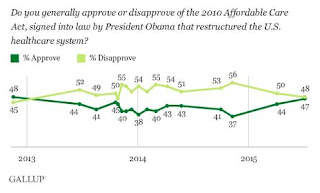 A recent Gallup poll released in July found that almost equal numbers of Americans approve and disapprove of the eeform law. This is a huge shift from last year when 37 percent said they approved of the law and 56 said they disapproved. Differences continue to be defined by political party lines, with 83 percent of Democrats and 14 percent of Republicans saying they approved of the law in this most recent poll. The error margin in this poll is plus or minus 3 percentage points.

"This is happening as uninsured rates for most states have continued to decline," the report notes.