FRANKFORT, Ky. – Kentuckians would have an easier time getting smoking-cessation treatments covered by insurance under a bill that is on its way to the governor's desk for final action.

"Senate Bill 89 is important so that Kentuckians are provided barrier-free access to proven smoking-cessation treatments," said Rep. Kim Poore Moser, R-Taylor-Mill, who presented the bill on the House floor.

The Patient Protection and Affordable Care Act requires all insurance companies to cover smoking-cessation medications and counseling, but they often erect barriers such co-payments and prior-approval requirements. The bill would remove barriers to all smoking-cessation treatments recommended by the U.S. Preventive Services Task Force.

Moser said passage of SB 89 would not only improve the health of Kentuckians, but would also save taxpayer dollars. Kentucky leads the nation in smoking, which she said cost the state $1.9 billion in annual health care costs and more than $500 million in Medicaid costs. She said the bill is preventive care "in its most basic form."

The bill is sponsored by Sen. Julie Raque Adams, R-Louisville, who is also the chair of the Senate Health and Welfare Committee. It passed the Senate 35-2 and the House 90-1.

Ben Chandler, president and CEO of the Foundation for a Healthy Kentucky, applauded the bill's passage, saying it would "break down roadblocks that have made it harder for smokers to get the treatment they need to quit."

"The evidence shows that the most effective way to improve Kentucky's health is to reduce our smoking rates, which are the absolute highest in the nation," Chandler said. "Reducing smoking in Kentucky also will save billions in both insurance-company expenditures and taxpayer dollars."

Posted by Melissa Patrick at 2:32 PM 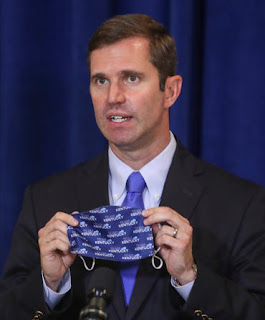