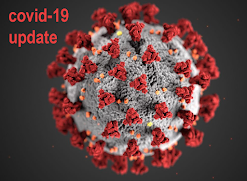 Two months ago, a report that Kentucky had more than 1,000 new cases of the coronavirus for the second straight day would have sparked considerable concern. But Saturday's number of 1,002 was merely tied for eighth among the state's daily totals, as the state's third major escalation of cases began its third month.

“The number of positive cases is increasing at a troubling pace,” Gov. Andy Beshear said in a press release. “We’ve had multiple week-over-week increases and we are at an all-time high here in Kentucky. Don’t fool around with this virus. Take steps to protect your health and the health of others: stay at least six feet from other people, wear a mask and wash your hands often.”
The state's seven-day rolling average of new cases stands at 869; fewer than 700 cases were reported Sunday and Monday, typically low-number days.

Kentuckians 18 and younger made up 108 of the new cases, the release noted. “It’s past time for us to get back to the behaviors that we know curb the spread of this virus,” Beshear added. “It’s time to buckle down and treat this thing like the deadly disease that it is.”

Health Commissioner Steven Stack noted in the release that 20 to 40 percent of people who get the virus may not know they have it. “This is a real danger with this virus,” he said, “since this large proportion of people without symptoms can be contagious and spread it to vulnerable people who get very sick.”

Stack added, “It’s important for all Kentuckians in every community to understand this risk. If you are in a ‘green’ county on the map this week, you might be ‘yellow’ next week. This week’s ‘yellow’ could become next week’s ‘red.’ Covid-19 is no joke. Not only is it deadly, especially among older people and those with health conditions, but increasingly, there’s evidence of lingering effects including prolonged loss of smell, difficulty breathing, fatigue, ‘brain fog’ and other issues.”
The state's daily report said 652 people were hospitalized in Kentucky for covid-19 and 170 of them were on intensive care. The number in hospitals jumped to an apparent record of 701 Thursday but has dropped since.
In other coronavirus news Saturday:
Posted by Al Cross at 4:44 PM