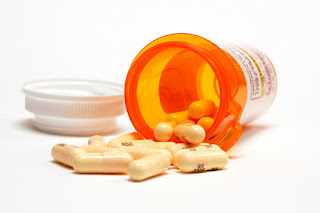 FRANKFORT, Ky. -- A bill aimed at fighting Kentucky's opioid epidemic would require families who using hospice-type services to turn in their deceased family member's unused narcotics or be reported to police or the health department.

The Health and Family Services Committee sent House Bill 148 to the full House on a unanimous vote Feb. 1. Committee Chair Addia Wuchner, R-Florence, who is co-sponsoring the bill with Rep. Kim Moser, R-Taylor Mill, said it is important for Hospice patients to have access to these "powerful medications" for pain, but said they need to be disposed of properly at the time of death.

"We're all aware of the opioid crisis and situation that we have in the Commonwealth of Kentucky," Wuchner said. "And the aim of this bill, and we'll probably see other measures of legislation this session, is to also prevent those drugs from . . . being diverted on to the street, or into unwanted hands for use."

The bill would require hospice and other palliative-care agencies to have written policies and procedures for getting rid of certain painkillers upon the death of patients.

The policy would be reviewed with patients and their families, who would then be asked to agree to it in writing. Wuchner called it a "contract." The bill says that if a patient or representative refuses to agree to the "deactivation or sequestration and disposal" of the drugs upon death, "local law enforcement or the Department for Public Health shall be notified of the refusal."

The disposal of the drugs would be completed by the agency or the person pronouncing death and would be witnessed by an adult, who would sign a statement to the fact.


Wuchner said federal law makes any medicine prescribed to a patient part of the estate, but it also allows states to adopt laws like the one proposed.

Amelia McClure, government affairs liaison at Hosparus Health, which she said serves 7,800 patients a year in 37 Kentucky and Indiana counties, spoke in support of the bill.

"It is a stark reality that the opiates are destroying lives across our state and more measures must be taken to get ahead of the emergency," McClure said. "House Bill 148 will assure that hospices continue to handle these prescriptions with responsibility and that when patients pass on they do not leave behind a potentially dangerous legacy."
Posted by Melissa Patrick at 7:29 PM