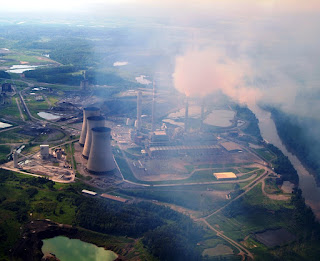 Kentucky was ranked first in the country for the amount of pollution from power plants in 2009 and 2010, a study by the Natural Resources Defense Council found.

The NRDC's initial report showed a huge increase in Kentucky power-plant emissions from 2009 to 2010, but after The Courier-Journal raised questions about it, the report was corrected. The corrected figures showed that the state remained No. 1 in power-plant pollution. (Read more)