A study of three rural hospital closures last year, including one in Kentucky, found that several factors led to the hospitals' demise and that access to care, especially emergency care, was reduced as a result. The study report by the Kaiser Commission on Medicaid and the Uninsured and the Urban Institute also says new models for care, and expansion of Medicaid in states that have not done so, could help.

The study looked at the 2015 closure of Parkway Regional Hospital in Fulton and hospitals in Kansas and South Carolina. Only the Fulton hospital was located in a state that expanded Medicaid, but much of the for-profit hospital's service area was in Tennessee, which is still debating expansion. 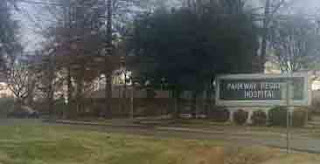 Parkway was owned by for-profit Community Health Systems, which blamed population losses, lower patient counts and reduced Medicaid reimbursement rates for its decision. The study says population loss was a common factor in the three cases. So was a higher-than-usual share of elderly residents, also the case in Fulton County.

But another common factor was "business decisions," the study says, and that was a key factor in Fulton: "Local stakeholders reported that the hospital’s owner/operator invested its resources preferentially in a neighboring community hospital that it also owned, at the expense of the closed facility."

Community Health Systems owns the hospital in Martin, Tenn., and played hardball in Fulton. "Public officials from Fulton County wanted to take over the hospital and find other providers who might continue services in the area, but CHS rejected this offer, likely, to pre-empt competition for patients in the county," the study says. "Further, CHS placed restrictions on the use of the hospital – namely, it permitted no acute-care facility to operate there, an action that one respondent said 'strangled' the community’s access to local health care services."

CHS moved some providers and staff to Martin "and relocated its outpatient services from Fulton to a new clinic across the state border in South Fulton, Tenn., where at least some Medicaid patients are not eligible to receive care," the study says.

CHS competes with LifePoint Hospitals, which owns Jackson Purchase Medical Center in Mayfield, farther from Fulton than two of CHS's Tennessee hospitals. "LifePoint is trying to establish clinics in Fulton County," but the restrictions CHS placed on the Parkway facility keeps it from being used for acute care, the study notes.

The study says another common factor was the three hospitals' heavy reliance on Medicare and Medicaid patients, and suggested that Medicaid managed-care companies' attempt to reduce unnecessary use of emergency rooms had an impact in Fulton.

"Some Medicaid managed-care plans were working to discourage inappropriate emergency department (ED) use by reimbursing the hospital only a small triage fee, rather than the full fee, for visits later determined to be non-emergent," the study says. "Because the ED is a major access point for primary care in rural communities, the majority of patients in the ED present with more common ailments that do not require emergency care. Nevertheless, ED providers must determine if patients have a life-threatening condition and may deliver a variety of services to patients who turn out to need urgent or primary care; due to the triage fee policy, they will not be reimbursed for a significant portion of their costs for such patients."

The other hospitals examined were non-profit Mercy Hospital in Independence, Kansas, and for-profit Marlboro Park Hospital in Bennettsville, South Carolina.

The study says the closures led to the departure of health-care professionals and made specialty care all the more difficult to access: "Elderly and low-income individuals were more likely than others to face transportation challenges following the closures, and were thus more likely to delay or forgo needed care."
Posted by Al Cross at 12:42 PM