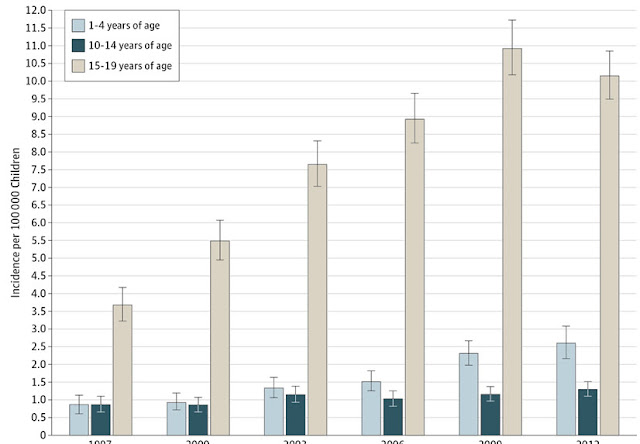 Epidemiologist Julie R. Gaither, the study's lead author, said research points to the likelihood that the majority of incidences among those 1 to 4 were accidental, from children getting into drugs prescribed to their parents, Ariana Eunjung Cha reports for The Washington Post. There were few cases of poisonings among those 5 to 9, with researchers saying children at these ages were able to tell the difference between candy and a dangerous drug. But once children hit 10, incident rates began to climb, and are more likely attributed to suicide or self-inflicted injury, Gaither said.
Posted by Tim Mandell at 2:09 PM