On a 2-1 vote, a federal appeals-court panel has upheld a 2017 Kentucky law that requires women to have an ultrasound before having an abortion while their doctor displays the image and offers a medical description of the fetus with the heartbeat played loud enough for the woman to hear. 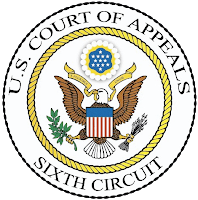 The law allows the woman to avert her eyes from the image and to ask for the heartbeat volume to be turned off, but not to refuse the procedure. Failure to comply with these requirements could result in the physician being fined and referred to the state's medical-licensing board.

A district judge blocked the law last year, saying it was unconstitutional because it violated free-speech rights of physicians. Gov. Matt Bevin appealed that decision to the Cincinnati-based 6th U.S. Circuit Court of Appeals.

The majority opinion on "The Ultrasound Informed Consent Act" found that because the law "requires the disclosure of truthful, non-misleading, and relevant information about an abortion, we hold that it does not violate a doctor's right to free speech under the First Amendment."

Bush wrote, “The information conveyed by an ultrasound image, its description and the audible beating fetal heart gives a patient greater knowledge of the unborn life inside her. This also inherently provides the patient with more knowledge about the effect of an abortion procedure: it shows her what, or whom, she is consenting to terminate. That this information might persuade a woman to change her mind does not render it suspect under the First Amendment."

Bevin, in a news release, called the ruling "a major pro-life legal victory."

"Today is a historic day, as Kentucky continues to lead the charge in implementing strong pro-life protections for its citizens," Bevin said. "Patients should be well equipped with relevant information before making important medical decisions. I am grateful to be governor of a state that values every human life, and we are committed to continue our fight on behalf of the most vulnerable among us."

In a harsh dissent, Judge Bernice Bouie Donald, who was appointed to the appeals court by President Barack Obama, said the majority decision "opens the floodgates to states in this circuit to manipulate doctor-patient discourse solely for ideological reasons."

She wrote, "The Commonwealth has co-opted physicians’ examining tables, their probing instruments, and their voices in order to espouse a political message, without regard to the health of the patient or the judgment of the physician."

The American Civil Liberties Union, which represented EMW Women's Surgical Center in Louisville, the only abortion clinic left in Kentucky, said the law serves no medical purpose and is opposed by The American Medical Association, The American College of Obstetricians and Gynecologists and the American Public Health Association.

"Today’s ruling allows Kentucky politicians to continue enforcing a law with no medical basis whose sole purpose is to shame and coerce a woman who has decided to end her pregnancy," Alexa Kolbi-Molinas, senior staff attorney with the ACLU’s Reproductive Freedom Project, said in a news release. "Regardless of how you feel about abortion, such extreme political interference in the doctor-patient relationship should be a cause of serious concern to anyone seeking medical care.”

Since taking complete control of both state houses in 2016, the General Assembly has passed several bills to restrict or eliminate abortion. At this time the Bevin administration is defending three of them in federal court and has appealed the ruling of an older one that required abortion clinics to have signed agreements with a hospital and an ambulance service.

Bruce Schreiner of The Associated Press reports that the ACLU is disagreeing with Kentucky's Democratic attorney general over how to challenge the law that requires abortion clinics to have signed agreement with a hospital and an ambulance service.

Attorney General Andy Beshear is asking the appeals court to rule against the regulation, but not against the law underlying the regulation. The ACLU wants the law struck down, saying that otherwise it will remain an ongoing threat to the state's only abortion clinic.

Beshear is the leading Democrat for the May 21 nomination to face Bevin, who is seeking a second four-year term.
Posted by Melissa Patrick at 11:13 PM