In developing the world's most popular electronic cigarette, the founders of Juul Labs used the decades-old research of tobacco companies that was aimed at getting young people to smoke.

"A review by the Los Angeles Times of more than 3,000 pages of internal Juul records, obtained by the Food and Drug Administration and released to a researcher through the Freedom of Information Act, found that the concept behind the formula that makes Juul so palatable and addictive dates back more than four decades" to the laboratories of R.J. Reynolds Tobacco Co., the nation's No. 2 cigarette maker, Emily Baumgaertner reports for the Times.

"The key ingredient: nicotine salts," Baumgaertner writes. "Juul’s salts contain up to three times the amount of nicotine found in previous e-cigarettes. They use softening chemicals to allow people to take deeper drags without vomiting or burning their throats. And they were developed based on research conducted by the tobacco companies Juul claimed to be leaving behind. . . . The evidence depicts a Silicon Valley start-up that purported to 'deconstruct' Big Tobacco even as it emulated it, harvesting the industry’s technical savvy to launch a 21st century nicotine arms race."

Juul "acknowledged that the product intentionally 'mimicked' the nicotine experience of a traditional cigarette," but said that was to satisfy cravings of adult smokers, not children, Baumgaertner reports. "But a new generation of nicotine addicts has already been established, and health experts warn that millions of teenagers who currently vape could ultimately turn to other products like cigarettes for their fix."

A now-dead R.J. Reynolds researcher wrote in a confidential internal memo in 1973 that teenagers found the physical effects of smoking “quite unpleasant.” Later that year, another researcher proposed a cigarette design to get “a larger segment of the youth market” by packing “more ‘enjoyment’ or ‘kicks’ (nicotine)” while making it easier on the throat. An RJR chemist did that by using an acid to neutralize the high alkalinity of nicotine, creating a nicotine salt.

An RJR spokesperson told Baumgaertner that the research was intended to “reduce the risks” of smoking while “maintaining nicotine delivery,” and while the salts were patented, they were never used in a traditional RJR cigarette. In the late 1980s, RJR and three other cigarette makers "agreed to begin paying billions of dollars to compensate states for having knowingly propelled a smoking epidemic," Baumgaertner writes. "Within this climate, the company was unable to combine its two technical triumphs — palatable salts and early vaping equipment."

But RJR's research was used by Juul's developers, Baumgaertner reports: "Juul records show the start-up collected research done by tobacco experts about nicotine — work on using salts to control harshness, written by a former top scientist at Reynolds, as well as methods to maximize nicotine delivery, and piles of literature on nicotine’s impact on adolescent brains."

Juul cofounder James Monsees said at a 2018 conference, “Certainly, the nicotine salt chemistry was one of the big breakthroughs.”

The patent for Juul's nicotine-salt formula refers to RJR's patent, saying Juul's founders “unexpectedly discovered” the “efficient transfer of nicotine to the lungs of an individual and a rapid rise of nicotine absorption in the [blood] plasma.”

David Kessler, a pediatrician who headed the Food and Drug Administration in 1990-97, during its tobacco investigation, told Baumgaertner, “Addiction is central to the business model. With their nicotine salts, Juul has found the Holy Grail.”

Before Juul was introduced, "Most vaping fluids contained 1% to 3% nicotine, the latter described as 'super high' and intended for two-packs-a-day smokers,: Baumgaertner reports. "Juul offers pods that contain 5% nicotine, according to the company’s website. . . . From 2016 to 2017, Juul’s sales skyrocketed by more than 640%. Its cartridges were so palatable that teenagers sometimes raced one another to finish inhaling them. Many said they didn’t know the pods contained nicotine. Each 5% cartridge contained the nicotine equivalent of about 20 cigarettes."

Matthew Myers, the president of the Campaign for Tobacco-Free Kids, told Baumgaertner, “Juul mimics the evil genius of the cigarette — but does it even better. They also pulled it off without any of the historical baggage, giving the deceptive illusion that it was safe.”

Doctors think nicotine salts allow the chemical to “cross the blood-brain barrier and lead to potentially more effect on the developing brain in adolescents,” Anne Schuchat, chief deputy director of the federal Centers for Disease Control and Prevention said at a congressional hearing in September. She told the Times that the salts “allow particularly high levels of nicotine to be inhaled more easily and with less irritation” than earlier e-cigarettes, "and could enable nicotine dependence among youth," Baumgaertner writes.

She concludes, "Today, Juul comprises about two-thirds of the vaping market. In 2018, the largest tobacco company in the U.S.," Altria Group, "purchased a 35% stake in Juul. After the purchase, several of the tobacco company’s employees also started working at Juul . . .In September, Altria’s former chief growth officer, K.C. Crosthwaite, became Juul’s CEO." 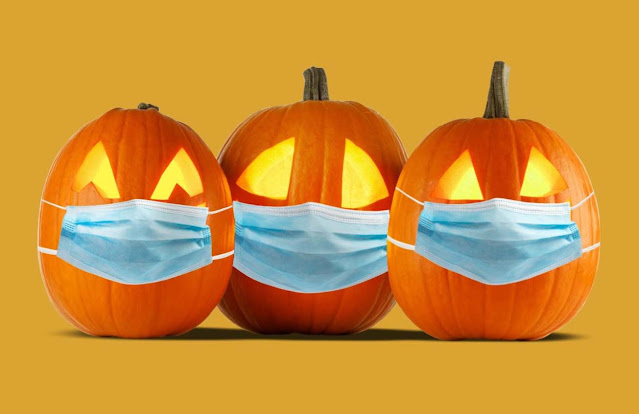