Passport Health Plan, which lost its Medicaid contract in recent bidding, is selling key assets to one of the winners, Molina Health 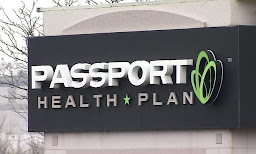 Molina Health, in line to be one of Kentucky’s newest Medicaid managers, will be the successor to Kentucky’s oldest one, Passport Health Plan. Louisville-based Passport recently lost out on bidding to stay in the state’s Medicaid business, but its name, brand and networks of doctors won’t disappear after all.

Last year Passport lost out in Medicaid contract bidding under then-Gov. Matt Bevin, and again this year under Gov. Andy Beshear. It has a protest pending, but its announcement Friday indicates that its appeal is moot. Passport’s main business is in Medicaid, so without a state contract, it would have been in dire straits.

Molina is buying “certain assets” of Passport for $20 million, including its name and brand, operations and agreements from health providers to accept Passport payments, the companies said in press releases.

Passport has 320,000 clients. It is partly owned by health-care consulting firm Evolent Health, which bought a major stake in January 2020 for $70 million. The purchase is subject to regulatory approval and was expected to close by the end of 2020.

The University of Louisville, which once owned 70 percent of Passport, had 19 percent after the sale to Evolent. Other local owners include University of Louisville Physicians, the Jewish Heritage Fund for Excellence and Norton Healthcare. They are also being bought out, U of L spokesman John Karman said. It’s not clear whether Molina is buying these players out of ownership, since the releases said Molina was buying assets and did not say it was buying the company.

“Acquiring the operations as well as transferring over employees of Passport Health Plan provide us with a well-known brand in Kentucky and position us well to compete even more effectively in the market,” said Joe Zubretsky, president and chief executive officer of Molina.

Anthem has alleged that Molina had an unfair advantage in winning a contract; Molina hired a former employee of Gov. Beshear who was privy to key documents that other bidders couldn’t see. Anthem says that’s just one reason the state should withdraw the contract awards and start over again. Anthem did not respond to an inquiry about the sale of Passport could mean for its appeal of the contract awards.

Passport was formed in 1997 under an innovative project to create managed-care companies that would administer Medicaid benefits, instead of the state doing it directly. Passport was, until the purchase by Evolent, run as a nonprofit. This meant the insurer wasn’t beholden to stockholders; many insurers are publicly-traded corporations.

Virginia-based Evolent in part was brought in to infuse money into Passport, which faced financial troubles that were compounded by when the Bevin administration cut payment rates in the Louisville region. By January, when the sale was announced, Evolent was already running a substantial part of Passport’s administrative business, and supplied staff.


Passport also started on a large project in western Louisville, a historically Black neighborhood with a lack of economic investment from large businesses. It purchased a 20-acre plot of land to relocate headquarters and to create a community health and wellness campus. Molina will purchase that site under a separate agreement, the companies said.

Beshear said when he announced the Medicaid contract awards that Molina had indicated it wanted to take over the project. Asked Friday to comment on the sale, he said it means continuity of coverage and “creates the possibility for a regional headquarters of a multi-billion-dollar company in west Louisville.”
Posted by Al Cross at 12:20 AM