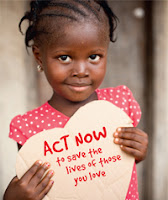 September 29 is World Heart Day, and, according to the most recent edition of the United Health Foundation’s America’s Health Rankings, Kentucky has the third highest percentage of adults with cardiac disease. Arizona and West Virginia were the only states that ranked worse than Kentucky. It is the leading cause of death in the United States for both men and women.

According to the Heart Disease and Stroke Action Plan for the State report for 2011-2016, Kentucky women also have a higher heart disease age-adjusted death rate of 205 per 100,000 as compared to a national average of 176 per 100,000.  Further, 41 percent of adult women in Kentucky have high cholesterol, a leading indicator for the disease. To read the state action plan, go here. For more on World Heart Day and the World Heart Federation, go here.
Posted by Amy Wilson at 2:09 PM