Kentuckians overwhelmingly support several school policies than can influence student health but are not all embraced by Kentucky schools, according to the latest Kentucky Health Issues Poll, taken in October and November.

Because the U.S. Department of Health and Human Services recommends that young people exercise for 60 minutes per day, KHIP's survey asked Kentucky adults if they think Kentucky schools should offer 30 minutes of physical activity per day for students. It found that 88 percent strongly agreed and 9 percent somewhat agreed with the policy. Physical activity is an important topic for Kentucky because 18 percent of Kentucky children are obese, according to the Kaiser Family Foundation. 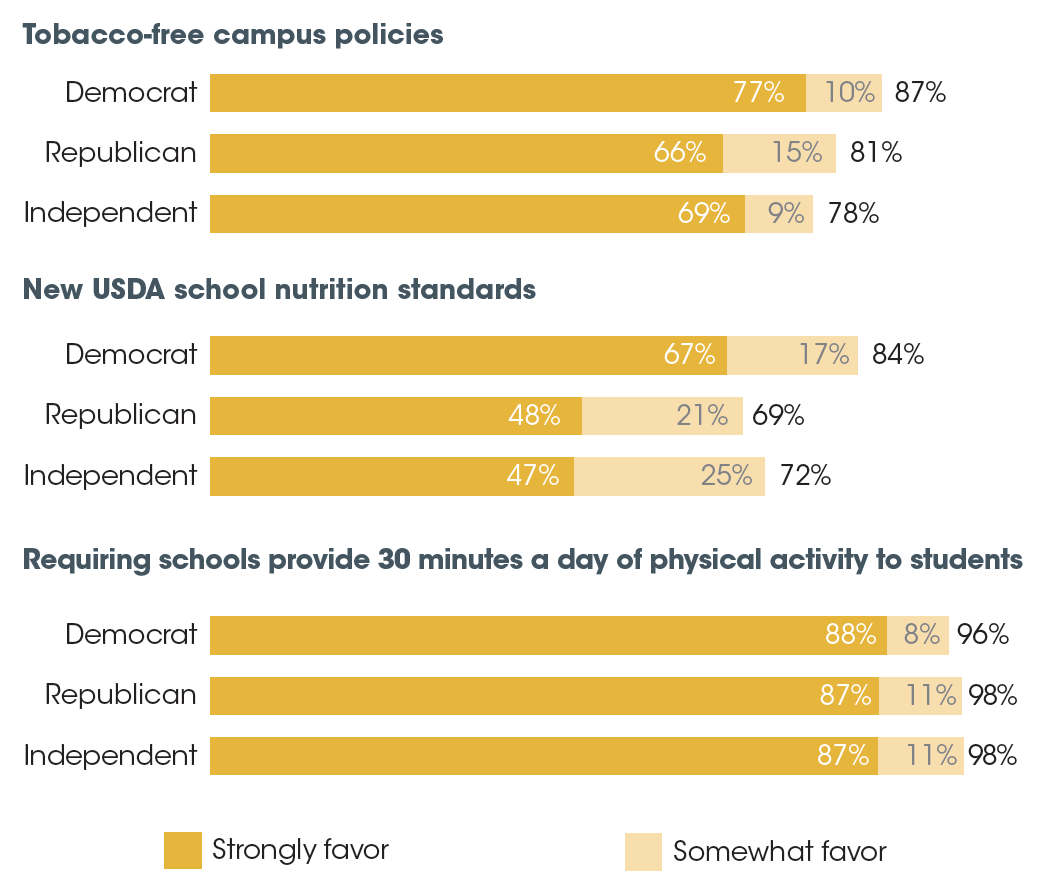 Democrats were more likely to be supportive of tobacco-free campuses and the new school menus, but there was no partisan difference on physical activity. "Poll findings show that support for the health of our children cuts across party lines," said Susan Zepeda, President/CEO of the Foundation for a Healthy Kentucky, which sponsors the poll with Interact for Health of Cincinnati. It is conducted by researchers at the University of Cincinnati.
Posted by Melissa Landon at 1:47 PM